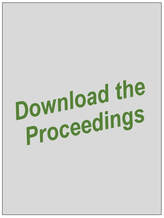 Echoes of our recent International symposium are still running in the air and among the participants.  This symposium took place in the beautiful mountainous Basilicata region of Southern Italy from 24th to 26th May 2007 and was promoted and organized in Bella, Italy by the CRA – Unit of Extensive Zootechny (Consiglio per la Ricerca e sperimentazione in Agricoltura – Unità di Zootecnia Estensiva) and directed by Roberto Rubino.

​The aim of this symposium was to bring together an international group of participants to discuss “The quality of the goat products: models and tools of evaluation and promotion,” about which participants spoke to every level, but with various languages: healthiness, nutritional contribution, link with the territory, etc.  Twenty-two international delegations from four continents participated in this symposium; Argentina, Bangladesh, Brazil, Egypt, France, Germany, Greece, Hungary, Italy, Lebanon, Mauritania, Mexico, Norway, Pakistan, Romania, South Africa, Spain, Sudan, Syria, Turkey, USA, and Venezuela.The opening meeting of 24th May was a integral part of the symposium used to focus the resources of biodiversity in animal production, besides the key-words of the quality product, as the perspectives of the international market, of the valuable fibre, but above all as the dairy management in difficult territories, e.g. in Mauritania.

Later an International display window of goat products from Mexico to Romania was introduced.  Discussion followed on how adhesion to the European Community and EEC Regulations puts strain on the adaptation of production processes and increases the risk of the disappearance of many native quality products.  The link between territory (meant as system man-territory-climate-productive process) and the quality of the product was also discussed.

The link between market and quality was emphasized to highlight the importance of visibility for a product to do well in the open market.  Many of the papers submitted to the nourished session on the factors that influence on the quality reaffirmed one more and more familiar positions, with the basic premise that everything contributes to the quality of the product.  Like wine, born from the vine, so also the quality of meat and the cheese, in their various facets (nutritional, sensory, nutraceutic) are born with the animal and its alimentary system.

International experts such as Maria Fresno (Spain), Judith Shad (USA), Nancy Abeiderrahmane (Mauritania), Gilbert Toussaint (France), and Roberto Rubino (Italy, for Caseus Award), introduced their experiences with cheese contests, and at the end of the symposium, the International edition 2007 of the goat cheese competition FROMAGORA was carried out.  Lead by the experts of the FNEC, it had 72 fermier cheeses participating, with two-thirds coming from foreign countries.  The Italian cheeses received a large share of the prizes (41%); however, it must be emphasized that the cheeses coming from the foreign country had been stressed by thermal variations during the transport, which could have compromised some of their quality.  However every country received one or more medals, a sign of the general high quality among the cheeses presented.

The Chief of the Symposium, together with the Organising Committee, thanks all the participants for their contribution to the success of this event, and hopes that it will be a good source of future discussions, debates, and the source of many new ideas and projects.